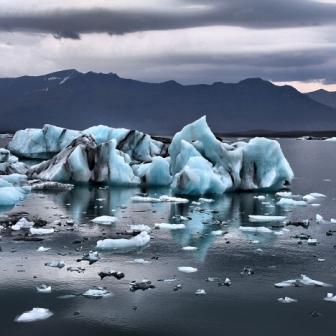 With the knowledge that our ice caps are more precious than ever, 2019 was a year where there was a lot of attention paid to projects in the Arctic Circle.

Snøhetta designed a visitor centre for Svalbard, where people can virtually explore the secure seed vault that is kept under lock and key beneath the ice. Dorte Mandrup released visuals for a Norwegian whale-watching centre in the Arctic Circle.

On the slightly more fanciful side of things, one would-be Arctic entrepreneur laid out their plans to install a temporary pod hotel at the North Pole, while a graduate project drew attention to the problems of cruise ship pollution with a thermal bath for the Arctic powered by holidaymakers waster.

Architecture slipped beneath the waves in 2019. Snøhetta unveiled Under, a restaurant that tips down from the shore of Båly in Norway to the seabed. Diners are served in front of a glass wall that gives a submariner’s view of passing marine life. Under claims to be the world’s largest underwater restaurant, and the first of its kind in Europe.

In more tropical climes, guests at the Conrad Maldives Rangali Island resort can sleep under the sea. Architect Ahmed Saleem and New York studio Yuji Yamazaki built an underwater bedroom suite from transparent 18-centimetre-thick acrylic, so holidaymakers relax in their own private aquarium.